The pros of relocating to Kaunas 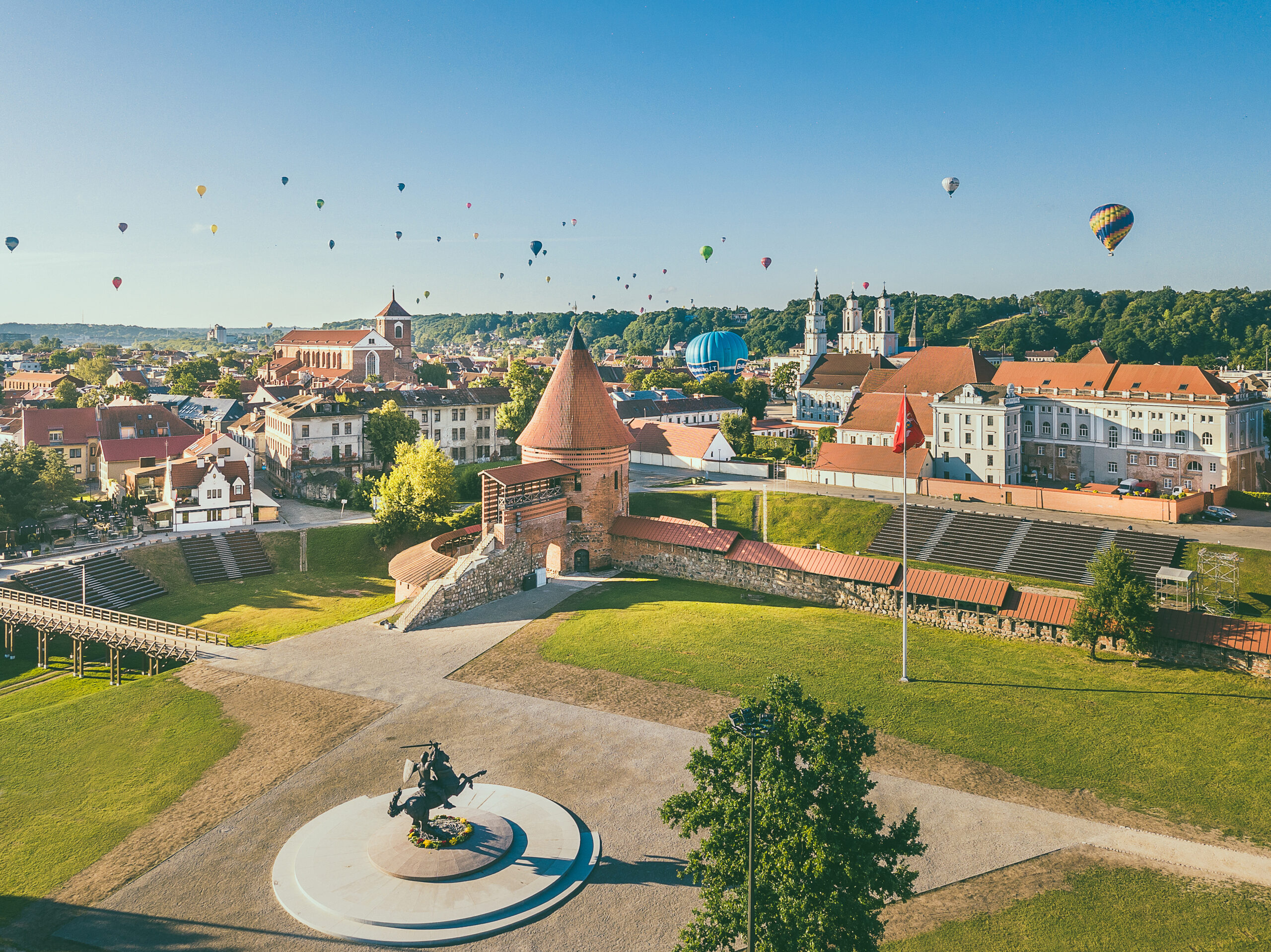 Relocating to Kaunas – the second largest city of Lithuania and its former capital – has many benefits, ranging from education and career prospects to a vibrant cultural life and the perfect mix of urban and natural environments. In this article we’ll look at some of the key reasons you might want to consider when deciding on which Lithuanian city to make your new home.

Kaunas is an up-and-coming business hub located at a crossroads between the Baltics, Scandinavia, and Central and Eastern Europe. Here are some of the main factors that make it attractive for people looking to kick-start their careers:

• The city boasts some of the fastest growing salaries in Lithuania due to large-scale investment projects and rapid development, which are expected to continue in the years to come.

• Kaunas took 1st place in the EBRD Knowledge Economy Index 2019 in terms of innovation readiness in Central and Easter Europe.

• As many as 81.2% of all companies based in Kaunas are SMEs. The size of the city is highly conducive to growth and its market is not overly saturated, making it easy to start a new business or find a job.

If you’re looking to start your career in a big, international company – no problem! Kaunas has plenty to offer in that respect as well. The number of state-of-the-art business services centres is growing rapidly, and the city is already home to major players like Oracle, Dematic, Kayak, and many others. Additionally, there are 611 ICT organisations, 50 life sciences companies, and numerous startups to choose from.

As the country’s leader in technology, engineering, and health sciences, Kaunas is also an excellent choice for those seeking education. It currently has 7 universities, 6 universities of applied sciences, and 9 vocational schools. The Kaunas University of Technology is the region’s largest STEM-focused university, with plenty of BA, BSc and MSc programmes in English, including Artificial Intelligence, Mechatronics and Electronics Engineering.

The city’s attractiveness to foreign students is reflected by the fact that its foreign student population is growing at a rate of ~ 6.65% every year (exchange students not included), with the trend projected to continue into the future.

Quality of life and culture

Kaunas, with its ~400,000 residents, is cosy and compact. Regardless of where you are in the city, you can reach pretty much any destination within 30 minutes. Public transportation in Kaunas is highly developed, modern, and inexpensive, making navigation a breeze. There’s also a large network of bicycle paths and a user-friendly bike rental system provided by CityBee – Kaunas aims to become the first 100% bike-friendly city in the Baltics.

The city’s Old Town is a gorgeous mixture of Gothic, Baroque, and Renaissance buildings, including the Kaunas Town Hall (16th century), the Kaunas Castle (14th century), the Historical Presidential Palace (19th century), and many other landmarks. It’s also home to a variety of museums on topics like medical history, folk instruments, literature, precious gems, and communications technology.

Arguably, the city’s most striking feature is its Modernist architecture, dating back to the interwar period when Kaunas served as Lithuania’s temporary capital. During the 1920s and 1930s, foreign-educated Lithuanian architects brought the latest artistic ideas back home and created a unique style of Modernism that incorporates aspects of traditional architecture. The city’s surviving 6,000+ Modernist buildings include such marvels as the Central Post Office, the Garrison Officers’ Hall, and the Office of the Bank of Lithuania, among others.

The fact that Kaunas was chosen as the European Capital of Culture 2022 is an indication of its high cultural value. As many as 112 cultural projects have been scheduled for the occasion, involving local artists and guests from abroad. Even outside of the European Capital of Culture framework, Kaunas is brimming with cultural events year-round. These include the Kaunas International Film Festival, MAMA Music Awards, Kaunas City Day, as well as 11 art festivals known around Europe, such as Kaunas Jazz, Pažaislis Music Festival, the Kaunas Biennial, and more.

If you’re worried about a potential language barrier, keep in mind that as many as 85% of young people in Kaunas are fluent in English. As an added bonus, accommodation here costs about 10% less than in Vilnius, and the average floor area of affordable housing is a whopping 120 sq. m.!

Kaunas IN has all the details on relocating to Lithuania’s second largest city.