After spending more than a decade in the UK and Ireland, Latvian-born Frank Sondors now heads Client Partnerships division at Whatagraph, a leading developer of a leading marketing data collection tool, in Vilnius. 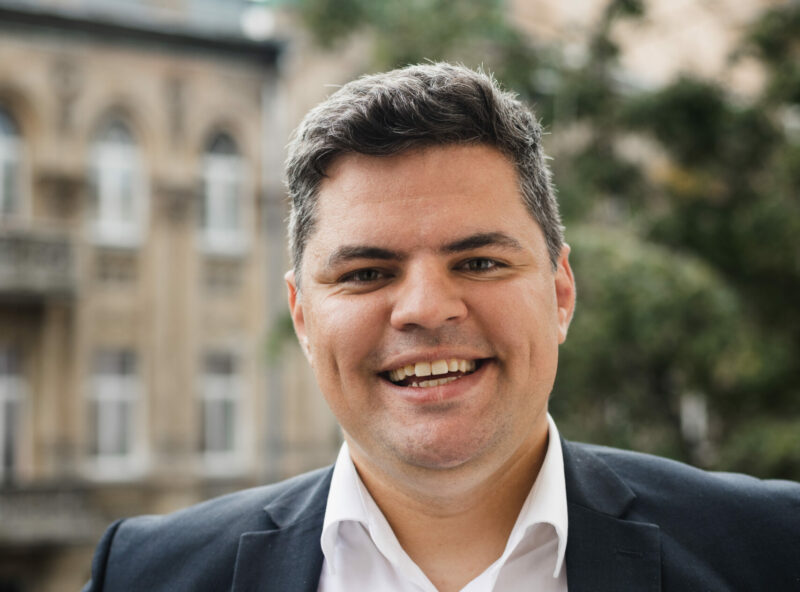 As an international business, we want to have a cultural melting pot in our company, so we started hiring more people from abroad and began transitioning to English as our lingua franca.

Frank, you have spent a significant part of your life outside your native Latvia. Where did you start your career?

I spent over ten years in the UK – I finished my secondary education there, then obtained a Bachelor’s degree in International Relations at the University of Southampton. Among other abilities, studies in the political field gave me good public speaking and interpersonal skills, which have proved useful in my professional journey, including my sales role here at Whatagraph. I also studied in Bristol, where I did my Master’s in International Security, so at the time I thought I would work in the public sector – the European Commission or NATO.

After graduating I actually interned at the EC, and quickly understood that working in such bureaucratic organisations wasn’t for me. As I was looking for other opportunities, Google approached me to work in their Baltics team in Dublin. I spent more than two years at Google HQ and was one of the key people responsible for driving the revenue in the Baltic region. When my family and I had enough of the Irish weather, we moved to London, where I worked in several companies in the sales and ecommerce intelligence field.

Having a successful career in London, why did you come to Lithuania?

My partner, Eglė, is Lithuanian. After we had our second child in London, we decided that we did not want to raise our kids in the UK, which, compared to Lithuania, is a lot less family-friendly. We chose Vilnius as our base since the city is a hub for tech companies. Vilnius also fit the requirements I had for the location to live in – for instance, I wanted an airport close by, so I could fly out as quickly as I can since I usually do business around the world. When we moved to Vilnius, I continued working for the same company remotely, just travelling to different conferences until COVID hit. Funnily enough, at the end of last year, I was pitching a product of the company I worked for at the time to the CEO of Whatagraph, Justas Malinauskas. At the end of the pitch, he told me: “Listen, great pitch, great product. How about you just come and lead my sales team?” I thought it was a joke at first, but after a few messages and meetings, I joined Whatagraph last December.

What’s the company culture like at Whatagraph? How do you hire people that fit into your team?

As an international business, we want to have a cultural melting pot in our company, so we started hiring more people from abroad and began transitioning to English as our lingua franca.

In terms of the qualities we look for in potential employees, willingness to learn is essential. If you see that a person is open-minded, in that they have the ability to take in feedback and process it, adjust accordingly and ask the right questions, they are a good fit. These qualities, I believe, fall into the critical thinking category, which is high on my list as a recruiter. We also seek people who are coachable. In our sector – B2B SaaS – it’s very hard to find employees that have prior similar experience, so we hire people from all walks of life. In a lot of cases, we ignore CVs altogether. Have a CV? Great, that ticks a box. But what we truly look at is what a person can do for us in the next 12 months rather than what they have done in the past. That’s why CVs are not that important anymore.

Instead, we ask our applicants to send in a video of themselves – that’s the second step of the hiring process. In our job ads, there’s also a video of me presenting myself, so people applying see their potential direct manager and get to know the company a little bit better. Applicants need to shoot a short video of themselves answering some basic questions, such as why Whatagraph, why sales and so on. They say that a picture is worth a thousand words – same goes for a video as I can usually quickly tell who would be a good candidate for Whatagraph. I do not know any other tech company in Lithuania that does hiring this way – this approach is slightly out-of-the-box, but it’s very relevant nowadays since salespeople have to be presentable on screen.

Why is Whatagraph hiring from abroad?

We fly in people from abroad as they are more likely to have spent some time in an international setting, mingling with people from different cultures, and speaking English on a daily basis. We go for very well-rounded candidates – once they bring their skillset to Whatagraph, we can see that these people have high chances of passing the probation period and succeeding in the company.
As we hire more and more foreigners into the organisation, we’re building a critical mass of English speakers. The benefit of speaking English internally lies in that it allows you to ramp up English proficiency and competency, which you ultimately have to demonstrate externally.
We have also hired quite a few former Lithuanian expats – the last person we flew in to Vilnius was a Lithuanian working in Spain. Another girl came back to Vilnius from Ireland to work for us as a sales operations manager. So I’d say there is a trend that people looking for jobs in Lithuania have Whatagraph at the top of their list, and that’s probably because we position ourselves as a global business.